Wolf Creek is a 2005 Australian horror thriller film written, co-produced, and directed by Greg McLean and starring John Jarratt, Nathan Phillips, Cassandra Magrath, and Kestie Morassi. Its plot concerns three backpackers who find themselves taken captive and subsequently hunted by Mick Taylor, a deranged psychopathic xenophobic killer, in the Australian outback. The film was ambiguously marketed as being "based on true events", while its plot bore elements reminiscent of the real-life murders of backpackers by Ivan Milat in the 1990s and Bradley Murdoch in 2001, both of which McLean used as inspiration for the screenplay.

All images in this movie explanation video has been used only to convey messages to my youtube channel viewers. This is a fair use and as far as I know, its permitted. I don't intend to infringe the copyright of anyone. Still, if any concern have any questions, kindly email us at support@kbmreview.com 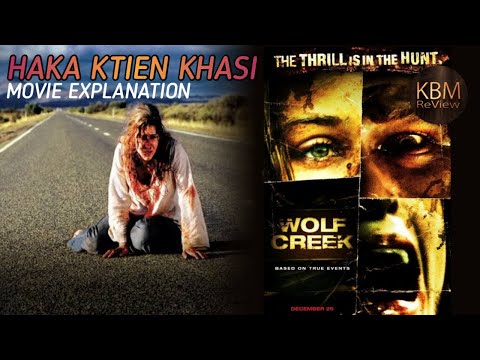