The Witcher Season 2, Extraction 2, The Last of Us Series, Stranger Things 4. Ki

00:00 Stranger Things Season 4
As part of the Netflix event Tudum, last weekend, there was news about the long-running hit "Stranger Things". The franchise, which is about to enter its fourth season, surprised fans with a new video clip, which is quite impressive...https://kinocheck.com/news/icb00x

01:21 The Last of Us Series
There are very few Playstation titles that enjoy such a good reputation as "The Last of Us" series. The game, from the talented developer team Naughty Dog, tells a gripping and, above all, emotional story about the ill-matched survivor couple Joel and Ellie...https://kinocheck.com/news/fup5mu

02:53 The Witcher
Netflix has been bringing "The Witcher" franchise to the screens of the world with its own series for nearly two years now. The universe, which is largely based on the book series by Andrzej Sapkowski, is without a doubt one of the streaming giant's long-running hits, and now the series is finally set to officially get a third season...https://kinocheck.com/news/0tdaox

06:16 Super Mario Animated Movie
Last weekend, an animated film about "Super Mario Bros." was announced with great media impact, and it is already in production. This is not a bad move, after all, the bouncing Italian plumber is one of the best-known video game characters around, and just about everyone has warped through pipes and hurled turtle shells at enemies...https://kinocheck.com/news/s6b5cl

07:59 Extraction 2
The end of "Extraction" raised a few questions among viewers. No surprise then that a first teaser for the sequel "Extraction 2" has now been released. The action thriller created by the Russo brothers has been the number one most-watched Netflix original movie for ages...https://kinocheck.com/news/zzjzc1

Note | News with courtesy of all involved publishers. | All Rights Reserved. | https://amzo.in are affiliate-links. That add no additional cost to you, but will support our work through a small commission. | #KinoCheck®

The Witcher Season 2, Extraction 2, The Last of Us Series, Stranger Things 4. Ki 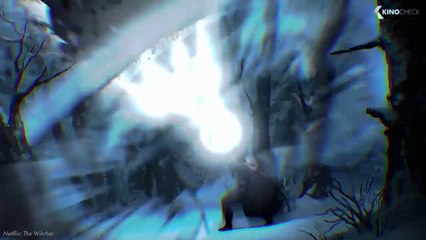 This time in the #KinoCheckNews "The Witcher Season 2", "The Last of Us Series", "Stranger Things Season 4", "Super...