The Last Traitor - Ned Carter is waiting with a bunch of guests for his bride. When they notice there are exactly 13 people at the table, an unlucky number, some think it's an evil omen.

Storyline:
Donald O’Brien is Ned Carter, a former Confederate officer who returns to Sonora at the end of the Civil War and invites all his friends to celebrate his wedding to Mary Bell Owens.

Then one of the guests notice there are 13 people gathered around the dinner table, waiting for Mary Bell to arrive by stage from El Paso.

Sure enough, it’s a bad omen. When the stage arrives, all three postal guards are dead. So it Mary Bell, sitting inside the coach, a bullet between her eyes.

Carter, of course, vows vengeance. But before he can act, three of his guests — the Ross brothers — are killed in an explosion.

Looking for answers, Carter and his allies call on Judge Stump. They find him hanging from a beam in his home.

Meanwhile, two of Carter’s wedding guest have gone missing. They include an explosives expert named Joe and a gambler named Tim.

Then comes the rumor that the silver mine Carter expected to inherit with his wedding might contain $200,000 in hidden Confederate gold.

And pretty saloon girl Emilia might complicate matters, because she’ll flirt with anyone if it gets her closer to that money.

Reviews:
"This is a 'mash-up' as the kids say of Western and Gialli, with all the suspects a bunch of tobacco chewing gunslingers already gathered in one place as the film begins. These fellows are waiting in the village of Sonora for the arrival of bride to be Mary Bell, daughter of a recently deceased mine owner, and her groom is grizzled Donald O'Brien, who has gathered his buddies together.

One buddy, a dodgy priest (I mean he's not trustworthy, not 'dodgy priest' by today's standards) notices that there a thirteen at the table, and that in these gatherings, the thirteenth guest is always a Judas. We then discover that everyone here is a bit nasty, from the murderous brothers to Maurice Poli's card shark to the crooked judge. Things turn very suspicious when the bride arrives in the carriage, killed to death by murder! And those three corpses with her - they're not mere postal workers - them's federal agents!

Goshdarnit - We have a good old murder mystery on our hands, and one of the thirteen is a murderer. It actually turns out to be fourteen people if you count the constantly changing allegiance of local girl Emelia, but don't dwell on that too much. No one can trust anyone else, and there's plenty of secrets to be revealed before the usual gunfight (it being a Western at heart, really, at the end of the day once all is said and done, when you think about it upon reflection, amen).

I didn't mind the old double crossing and the people being murdered and such like. There isn't much gore or violence and both Maurice Poli and Donald O'Brien aren't the most emotive actors to appear in these films, but the whole thing plays like a late sixties giallo with twists and reveals right up until the end, when the word 'fine' flashes on screen, informing us the whole film was fine, but not great." Written by Bezenby on IMDb.com. 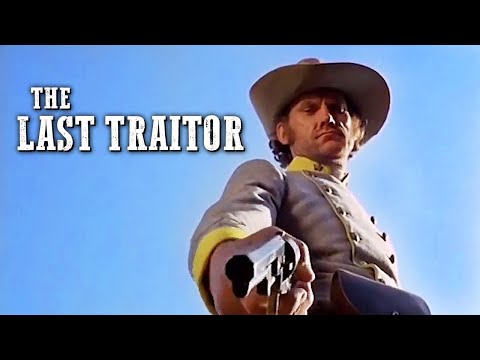 The Last Traitor - Ned Carter is waiting with a bunch of guests for his bride. When they notice there are exactly 13 people at the table, an unlucky n...