Official The Boss Baby 2: Family Business Movie Trailer 2021 | Subscribe ➤ http://abo.yt/ki | Alec Baldwin Movie Trailer | Release: 24 Mar 2021 | More https://KinoCheck.com/film/wgv/the-bo...
Much time has passed since the events from the first film and the Boss Baby has grown up. But when the Baby Corp has to deal with a new threat, the best agent they ever had has to trade in the suit for the diapers. A particularly insidious villain tries to turn all the babies against their parents and make them redundant. The Boss Baby does not only get help from his niece Tabitha... The Boss Baby, which his brother Tim Templeton wanted to get rid of, has meanwhile become Uncle Ted. He can't remember his time at Baby Corp, but he still wears a suit and is a big player in the business. He hardly has time for his two nieces, because one meeting chases the next, but he always sends expensive presents in return. It almost seems as if Ted's childhood wish has come true with his adult life. Tim, on the other hand, is a father of two, body and soul, and his biggest worry is that his older daughter Tabitha will grow up too fast - until the day when baby Tina turns out to be - Oh, my! - undercover agent of the Baby Corp. Her mission: to uncover the secret machinations at her sister's school and in return bring back Uncle Ted as Boss Baby and save the world. 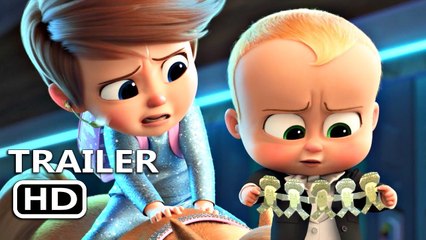