Tasha Page house (born March 21, 1983 as Natasha Marie Page) is an American Christian R&B and urban contemporary gospel artist and musician. Tasha page house won the gospel singing competition, Sunday Best, that airs on BET, during season six. She started her music career, in 2014, with the release of Here Right Now by RCA Records and Fo Yo Soul Recordings. She saw her first studio album, Here Right Now, chart on two Billboard charts The Billboard 200 and the Top Gospel Albums.
Her music career started by becoming a part of her mother's women's gospel group, Witness. The solo career started in 2013 with the Sunday Best reality gospel singing competition on BET.[5] She won the show in season six, which granted her a recording contract with RCA Records label, Fo Yo Soul Recordings, which Kirk Franklin is the operator.[5] This allowed her to introduce her first solo studio album, Here Right Now, on August 5, 2014.[6] The album charted on the Billboard charts at No. 87 on The Billboard 200 and at the third position of the Top Gospel Albums chart.[7] This was awarded a three and a half star out of five review from Andy Kellman of AllMusic,[8] while Dwayne Lacy of New Release Tuesday granted the album a four and a half star review out of five.[9] She was nominated for three awards at the 30th Stellar Awards in 2015 winning New Artist of the Year.[10] In 2019 at the 34th Stellar awards she won Contemporary Female vocalist of the year. She won female vocalist of the year at the 2019 Steeple awards. Previously she won female vocalist of the year in the UK for the Gospel Touch Music awards.
She married Clifton James "Cliff" Lockhart,[11] who is three years older than her, in July 2006, after relocating to Atlanta.[4] In 2008, they would move back to Detroit, Michigan, so that she could give birth to the couple's first child together around family and friends, but her second child after having Ronald Hughes eight years earlier in 2001.[5] She gave birth to Clifton James Lockhart, II, in 2009.[5]

As of 2017 her and Clifton Lockhart were separated and divorced by 2018. She began posting pictures of her and T. Vernon House to her Instagram page, often thanking him for sweeping her off her feet. They married June 8, 2019 in Detroit Michigan officiated by her godfather King Drolo Bosso Adamtey 1 King of West Ghana Africa and Pastor. With a star studded list of R&B and gospel artist in a royal wedding titled; House of Love.. 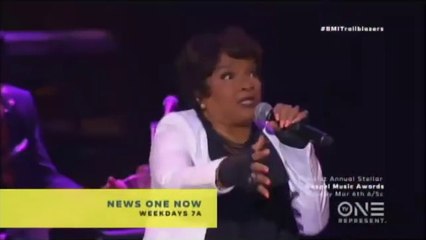