Kierra Valencia "Kiki" Sheard (born June 20, 1987 in Detroit, Michigan) is an American gospel singer, fashion designer, and actress. She is the daughter of gospel singer Karen Clark Sheard (member of gospel singing group The Clark Sisters) and the granddaughter of gospel choral director Mattie Moss Clark. Sheard portrayed her mother, Karen Clark Sheard, in the hit Lifetime movie, The Clark Sisters: First Ladies of Gospel. After appearing on her mother's albums, Sheard broke to the music scene with the release of her debut album I Owe You in 2004. Her hit single "You Don't Know" was written about her mother's bout with an almost fatal blood clot.

In addition to performing at the 2007 Stellar Awards ("Why Me?"), Sheard appeared on BET's Celebration of Gospel, standing in for pregnant Faith Evans in "Endow Me" (as popularized by Sheard's mother and aunts) along with Coko, Lil' Mo, and Fantasia. Sheard also sang with her mother for A Tribute to Aretha Franklin.
Sheard had a role in the film Preacher's Kid (starring platinum-selling R&B artist LeToya Luckett, Durrell Babbs, Clifton Powell, Gregory Alan Williams, and Sharif Atkins), which was released in theaters across the U.S. on January 29, 2010 and was released on DVD and Blu-ray disc on May 4, 2010.
Sheard released the single "Trumpets Blow" in 2013, which was followed by "2nd Win" in 2014, which peaked within the top 20 of Billboard's Top Gospel Songs chart.[24] Shortly after in 2014, her fifth album Graceland, was released on June 22, 2014. Graceland became her second top 40 appearance on the Billboard 200 and fourth number one on the Top Gospel Albums chart.[25] Graceland also earned Sheard a nomination for Contemporary Female Vocalist of the Year at the 30th Annual Stellar Awards.[26]

In 2020, a Lifetime biographical film, The Clark Sisters: First Ladies of Gospel was released, starring Kierra Sheard as her mother Karen Clark-Sheard, which became the highest rated original movie release by Lifetime in four years.[27][28] The film's soundtrack, also starring Sheard, debuted at number 8 on the Billboard Top Gospel Albums chart, where it remained in its second week.[29][30]

Following this, Sheard released her sixth album Kierra. Debuting at number one on the Billboard Top Gospel Albums chart with 6,000 equivalent album units, it became her fifth chart-topping album, replacing Kanye West's Jesus is King which had held the number one spot for 6 months since November 9, 2019. Sheard co-wrote the entire album, which includes a mix of studio and live tracks recorded in her hometown, Detroit.[31] The album spawned 3 top 20 singles on the Hot Gospel Songs chart; "Don't Judge Me", "It Keeps Happening" and "Something Has To Break" (featuring Tasha Cobbs Leonard), the latter peaking at number 5. 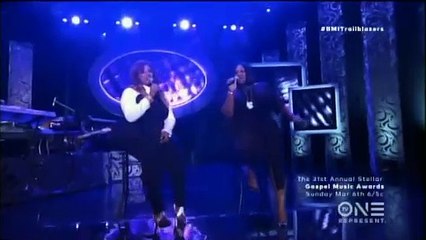 Kierra Valencia "Kiki" Sheard (born June 20, 1987 in Detroit, Michigan) is an American gospel singer, fashion designer, and actress. She is ...