Brown is a ukulele player and was a blue-eyed soul and jazz singer. She came to prominence in the late 1980s as a solo artist, and released six singles that entered the UK Singles Chart during the 1980s and 1990s. Her solo singles, sometimes dealing with lost love, include "Stop!", "This Feeling", "Can I Get a Witness", "Kissing Gate", "With a Little Love" and "Just Good Friends". She worked as a session backing vocalist, working with artists such as Gary Moore, George Harrison, Small Faces, Spandau Ballet, Adam Ant, Jon Lord (of Deep Purple), Pink Floyd (also David Gilmour), The Firm, Dodgy and Nick Cave.

Brown released her debut album Stop! in 1988. Since then, she has released five studio albums, one EP and three compilation albums, as well as three albums as part of the group Homespun, but she lost her singing voice in 2007.
As well as her solo career, Brown has had a successful career as a backing vocalist and collaborator with other artists. She has worked with the band Barclay James Harvest (1984), David Gilmour (David Gilmour in Concert) and Pink Floyd, Deep Purple (In Concert with The London Symphony Orchestra), Jon Lord, The Firm, Gary Moore, George Harrison and Nick Cave. She has often appeared as a member of Jools Holland's Rhythm and Blues Orchestra and achieved further prominence with her 2002 performance at the Concert for George, which was a memorial to George Harrison on the first anniversary of his death,[6] where she sang "Horse to the Water".[7] This song is included in the film of the concert, not on the album. In 2002, she was a backing vocalist at Buckingham Palace at the Golden Jubilee of Elizabeth II's concert, Party at the Palace.

In 2015, Brown started teaching backing vocals classes at the Academy of Contemporary Music (ACM) in Guildford, Surrey, a school for rock and pop musicians. 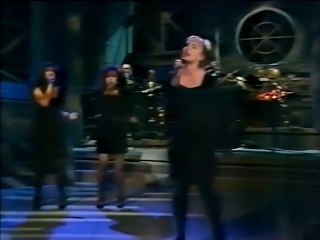