"La golondrina" (English: "The Swallow") is a song written in 1862 by Mexican physician Narciso Serradell Sevilla (1843-1910), who at the time was exiled to France due to the French intervention in Mexico.
The lyrics come from a poem written in Arabic by the last Abencerrages king of Granada, Aben Humeya, in a translation by Niceto de Zamacois, which Sevilla found in a magazine used as packing material.
The Spanish lyrics use the image of a migrating swallow to evoke sentiments of longing for the homeland. It became the signature song of the exiled Mexicans. The song was recorded in 1906 by Señor Francisco. A guitar instrumental was recorded by Chet Atkins in 1955. The song has also been recorded by Caterina Valente (1959), Nat King Cole (1962), Plácido Domingo (1984), Flaco Jiménez (1992, instrumental), and Caetano Veloso (1994).
Felice & Boudleaux Bryant wrote lyrics in English, as "She Wears My Ring", which was first recorded by Jimmy Sweeney (also known as Jimmy Bell) in 1960 with notable cover versions by Roy Orbison (1962), Ray Price and Solomon King (both 1968), and Elvis Presley (1973).
The song figures prominently in the 1969 film The Wild Bunch, directed by Sam Peckinpah and scored by Jerry Fielding. The local people serenade the bandit protagonists with it as they leave Angel's Mexican village.
The song, recorded by 13-year-old Heintje, became a German number-one hit in August 1968 (title: Du sollst nicht weinen, "Thou shalt not cry"). In June 1970, the 9-year-old Norwegian singer Anita Hegerland became a famed child singer with a recording in Swedish (Mitt sommarlov, "My summer break") that topped the Swedish chart Svensktoppen for seven weeks as well as the Norwegian singles chart for three weeks. 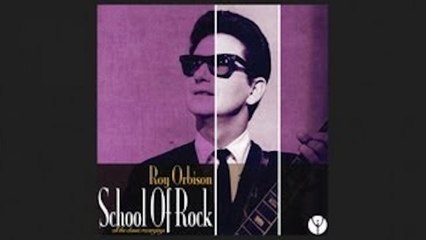 Classic Mood Experience The best masterpieces ever recorded in the music history. Join our Youtube: https://goo.gl/8AOGaN Roy Orbison - She Wears My R...