"Higher Ground" is a funk song written by Stevie Wonder which first appeared on his 1973 album Innervisions. The song reached number 4 on the Billboard Hot 100 and number 1 on the US Hot R&B Singles chart.[3] Wonder wrote and recorded the song in a three-hour burst of creativity in May 1973.[4] The album version of the song contains an extra verse and runs 30 seconds longer than the single version. The unique wah-clavinet sound in the song was achieved with a Mu-Tron III envelope filter pedal. The bass line is provided by a Moog synthesizer and using overdubs, Wonder played all instruments on the track, including drums and percussion.

The song was released in the UK but achieved only modest success, reaching number 29 in the UK Singles Chart.
The funk rock band Red Hot Chili Peppers released a cover as the first single[20] from their fourth studio album Mother's Milk.

A remixed version by the X-Ecutioners was featured in the video game SSX 3[31] while a cover version appeared in Guitar Hero.[32]

FX used the song to promote The Ultimate Fighter: Live and it also serves as the show's theme song.[33][34]

As part of the "Year of a Million Dreams" Celebration, Space Mountain at Disneyland in Anaheim, California was transformed into Rockin' Space Mountain. The song was used as its soundtrack for 16 weeks, from January 3, 2007 to April 26, 2007.[35]

In 2000 British magazine Total Guitar named it the second greatest cover ever.[36]

Red Hot Chili Peppers performed the song with other musicians as part of the all-star jam during the band's induction into the 2012 Rock and Roll Hall of Fame Induction Ceremony.[37]

The music video for this version was directed by Drew Carolan and Bill Stobaugh. 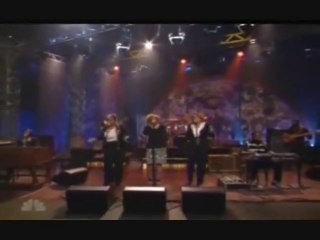 "Higher Ground" is a funk song written by Stevie Wonder which first appeared on his 1973 album Innervisions. The song reached number 4 on th...