Phineas and Ferb The Movie: Candace Against the Universe streaming on Disney+ August 28.

"Phineas and Ferb The Movie: Candace Against the Universe" is an adventure story that tracks stepbrothers Phineas and Ferb as they set out across the galaxy to rescue their older sister Candace, who after being abducted by aliens, finds utopia in a far-off planet, free of pesky little brothers.


The Disney UK YouTube channel brings you a wealth of official video content from all the Disney movies and characters you know and love. Do you want to learn more about your favourite Disney and Pixar movies? Subscribe to our channel to watch the latest trailers and clips, you'll be the first to see features for current and upcoming Walt Disney Studios Films and even get to watch exclusive interviews with the stars. Dig into our back catalogue for great Disney videos from classic animations through to modern day Disney & Pixar classics such as Frozen and Inside Out. 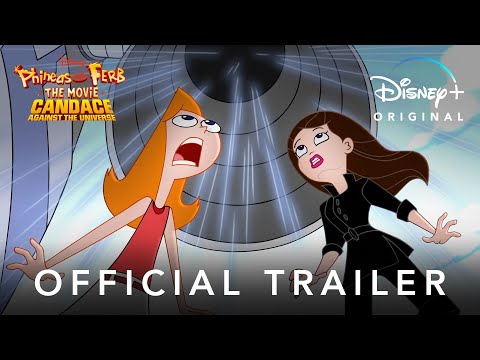