One of the curated award winning silent short film for our viewers by our expert panel of judges.

Story Synopsis - “PADMAVYUHA”, is a silent short film made
completely with sublime visualizations and filming
techniques, and is articulately supported with a fabled
background score. The film is setup on a multiple layer
format which hopes to keep the audiences engaged with the
screen until the end.And in the end, we intend that the
audiences will not merely get entertained, but are also
compelled to introspect into their own being based on their
interpretation of this subject." 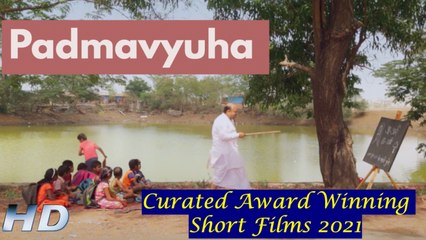