On The Concrete is included on the Dresden Cowboy album titled Ain't No Angel and can be purchased @ Apple Music http://itunes.apple.com/album/id/1337878735

There is an amazing mural of Charles Bukowski by Nathan Anderson at the corner of N. Vermont and Kingswell Street in the 90027 area of Los Angeles, which, any fan of Chuck’s should visit. Mr. Anderson brilliantly presents Bukowski in all his fiery bluster in this painting. In my mind, no other character seems to invoke the damage-and-prize of living on the concrete than Bukowski, therefore, respectful, of both Mr Anderson’s artful construct, along with a huge appreciation for Mr Bukowski, I have included this fantastic L.A. site in this music video. I would add that I make no effort to profit through use of the aforementioned Anderson mural, I just think it’s a worthy visual for any true Bukowski fan.

I wrote ON THE CONCRETE some time ago. I was driving home from performing a play at the Trumble Theatre in Detroit. I had preformed as Jules in My Three Angels in the annual Christmas play at that theatre, then, I went out for drinks with some of the cast members, but on my way home from downtown, while stopped at a light, I noticed this young, beautiful, girl standing alone at an abondoned street corner. A Maddona song was playing on my radio – as I remember. It was around 2:40 am. So, why was this young, beautiful, innocent waving to me in my car? Guessing she was a prostitute. I wrote the lyrics to this song on the ride home. I put it to music on my Ensoniq keyboard over the next couple days. Turns out it’s one of the most favorite endeavors I have ever taken on as a song writer. I love this song! It’s about the idea of being pushed in life, yet, acknowledges the reality of “being pushed” in life. The street, or, the party life looks very elegant in movies and in rap videos, however, it leads many down the path of destruction daily. That is what this song is about, regardless, it is always a fine line that may create an adored hero, or, simply put, a contemporary loser. Enjoy the song.

The video features some people from my own real life… And I sincerely thank them for showing up to walk through the fire w/ me. Also, I thank David Winchcomb for his fantastic guitar tracks!

Also Note: this song is included on the Dresden Cowboy album titled Ain't No Angel and can be purchased @ Apple Music http://itunes.apple.com/album/id/1337... 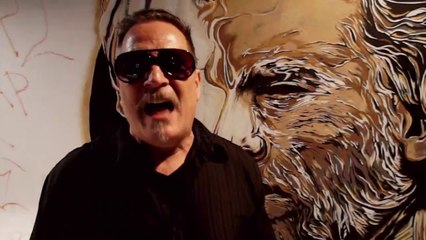 On The Concrete is included on the Dresden Cowboy album titled Ain't No Angel and can be purchased @ Apple Music http://itunes.apple.com/album/id/1337...