Kirk Dewayne Franklin (born January 26, 1970) is an American choir director, gospel musician, singer, songwriter, and author. He is best known for leading urban contemporary gospel choirs such as The Family, God's Property, and One Nation Crew (1NC) among many others. He has won numerous awards, including 16 Grammy Awards. Variety dubbed Franklin as a "Reigning King of Urban Gospel".[2]
A native of Fort Worth, Texas, Franklin was raised by his aunt, Gertrude, having been abandoned as a baby by his mother.[3] Gertrude recycled aluminum cans to raise money for Kirk to take piano lessons from the age of four. Kirk excelled and was able to read and write music while also playing by ear.

At the age of seven, Franklin received his first contract which his aunt turned down.[3] He did join the church choir and became music director of the Mt. Rose Baptist Church adult choir at eleven years of age.[4]

In his teenage years, Franklin rebelled against his strict religious upbringing, and in an attempt to keep him out of trouble, his grandmother arranged an audition for him at a professional youth conservatory associated with a local university. He was accepted, but later he had to deal with a girlfriend's pregnancy and his eventual expulsion from school for bad behavior.[5]

Kirk Franklin studied music with Jewell Kelly and the Singing Chaparrals at Oscar Dean Wyatt High School. He continued under her tutelage and ultimately became the pianist for the choir.[5]

After the shooting death of a friend, at age 15,[6][7] Franklin returned to the church, where he again directed the choir. He also co-founded a gospel group, The Humble Hearts, which recorded one of Franklin's compositions and got the attention of gospel music legend Milton Biggham, musical director of the Georgia Mass Choir. Impressed, Biggham enlisted him to lead the DFW Mass Choir in a recording of Franklin's song "Every Day with Jesus". This led to Biggham hiring Franklin, just 20 years old at the time, to lead the choir at the 1990 Gospel Music Workshop of America Convention, an industry gathering 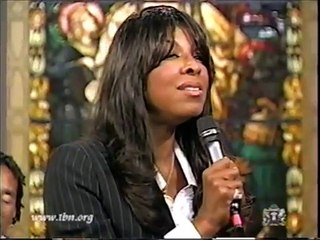