Gloria Estefan Presents
Michael Bolotin[4] (born February 26, 1953), known professionally as Michael Bolton, is an American singer and songwriter. Bolton originally performed in the hard rock and heavy metal genres from the mid-1970s to the mid-1980s, both on his early solo albums and those he recorded as the frontman of the band Blackjack. He became better known for his series of pop rock ballads, recorded after a stylistic change in the late 1980s.

Bolton's achievements include selling more than 75 million records, recording eight top 10 albums and two number-one singles on the Billboard charts, as well as winning six American Music Awards and two Grammy Awards.
Bolton achieved his greatest success in the late 1980s and early 1990s as a singer on the adult contemporary/easy listening charts. One of his first major hits was his 1987 interpretation of the Otis Redding classic "(Sittin' On) the Dock of the Bay". Redding's widow, Zelma Redding, said she was so moved by Bolton's performance "that it brought tears to my eyes. It reminded me so much of my husband that I know if he heard it, he would feel the same."[10] Always interested in soul and Motown classics, Bolton's success with that song encouraged him to tackle the standard "Georgia on My Mind", with which he had another hit. In 1991, Bolton released the album Time, Love & Tenderness which featured his Grammy Award-winning cover version of "When a Man Loves a Woman".[11]

As a singer, he has performed with other artists such as: Lucia Aliberti, Patti LaBelle, José Carreras, Tony Cetinski, Ray Charles, Celine Dion, Plácido Domingo, Renée Fleming, Wynonna Judd, BB King, The Lonely Island, Luciano Pavarotti, Percy Sledge, and Zucchero. As a songwriter, he has written and collaborated on several songs for other artists as well.

Bolton's last Top 40 single in the US in his own right was the 1997 hit "Go the Distance" (featured in the Disney animated motion picture Hercules), which peaked at No. 1 on the US adult contemporary chart. He hired conductor Larry Baird (orchestral musical director/conductor/arranger for The Moody Blues, Three Dog Night, Al Jarreau, etc.) for his 2001 tour.

In 2006, Bolton and Nicollette Sheridan (his fiancée at the time) sang a duet, "The Second Time Around", for the album Bolton Swings Sinatra. In March 2007, Bolton toured South Africa for the first time. He was the headline act at Jacaranda 94.2 FM's two-day concert.

For Over the Rainbow, an album which was recorded in five days, Bolton recorded the song "New York City", which was also on his Bolton Swings Sinatra album. This was for an episode of the TV series, Challenge Anneka. The proceeds from the album went to children's hospices across the UK.

Bolton performed a duet entitled "Il Mio Amico" with the Italian singer Anna Tatangelo at the Sanremo Music Festival 2008. The song was originally sung by Tatangelo alone, but the duet version contained English lyrics as well. 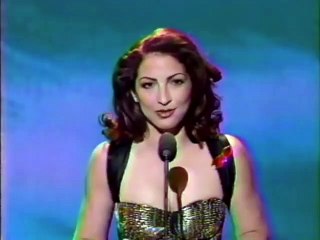