The album bring back together the 1983 lineup of Buzz & Dale with Mike Dillard. "Brian" is the follow up to their first two singles: "I Fuck Around", an band's homage to the Beach Boys, along with "Bouncing Rick". The release will be on CD, Digital and three different vinyl variants includes standard Black as well as limited-edition Silver (2000 worldwide) and Custard (500 worldwide).

This album is a treat!

It’s loaded with all kinds of interesting songs.
I’ve said this before and I’ll say it again, listening to the Melvins is like taking a drug trip while watching a movie about someone on a drug trip.
This new record is no different.

Thank the maker that King Buzzo and Dale haven’t burnt the bridge with Mike Dillard because if they had we wouldn’t have the Working With God album at all.

Working With God could be considered a little more focused than the last Melvins’ 1983 album, Tres Cabrones, but that’s debatable.

This album was recorded in two sessions because drummer Dillard has a boring straight job in his home town of Montesano, Washington. He used to have a job making tooth picks out of logs but he got shit canned for showing up to work drunk one too many times. At his new job as a union machinist they don’t care how fucked up he gets as long as he does a reasonably good job.

Union jobs....
Must be nice asshole.

King Buzzo and Dale live in Los Angeles and Dillard lives in Washington state so it makes it a little tough to record and damn near impossible to tour, so they do what they can.

A few years ago they wanted to bring Dillard along on a Melvins tour of Australia so Melvins 1983 could open up on the regular Melvins shows. When asked, Dillard stopped that nonsense with a flat no. When asked why he said no he said he had no time for ridiculousness but MAYBE he’d consider it at some point down the road once he’d built up enough paid vacation time.

Working With God is a damn good record.
It’s the album bands like Green Day and Metallica wish they could put out if they only had the guts.
Foo Fighters maybe but probably not.
Once again, no guts...

It takes true grit and real lower middle class tenacity to take on making a record like Working With God.
It’s the no bullshit approach that turns people on.
At this point everyone’s sick of everything so Working With God makes perfect sense. 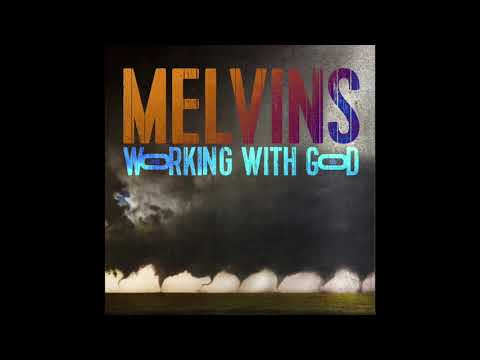 "Caddy Daddy", from the Melvins release, Working With God, coming Feb 26, 2021. https://lnk.to/MelvinsWWG The album bring back together the ...