"Take My Hand, Precious Lord" (a.k.a. "Precious Lord, Take My Hand") is a gospel song. The lyrics were written by the Rev. Thomas A. Dorsey, who also adapted the melody.
It was Martin Luther King Jr.'s favorite song, and he often invited gospel singer Mahalia Jackson to sing it at civil rights rallies to inspire crowds; at his request she sang it at his funeral in April 1968. King's last words before his assassination was a request to play it at a mass he was due to attend that night. Opera singer Leontyne Price sang it at the state funeral of President Lyndon B. Johnson in January 1973,[9] and Aretha Franklin sang it at Mahalia Jackson's funeral in 1972. Franklin also recorded a live version of the song for her album Amazing Grace (1972) as a medley with "You've Got a Friend". It was sung by Nina Simone at the Westbury Music Fair on April 7, 1968, three days after King's assassination. That evening was dedicated to him and recorded on the album 'Nuff Said!. It was also performed by Ledisi in the movie and soundtrack for Selma in which Ledisi portrays Mahalia Jackson. It was also performed by Beyoncé at the 57th Annual Grammy Awards on February 8, 2015. Dave Grohl recited the lyrics of the song at a remembrance service for his friend, Lemmy from Motörhead, in January 2016.

Many notable musicians have recorded "Take My Hand, Precious Lord". It was recorded by Mahalia Jackson on Tuesday March 27, 1956, on the album Bless This House (Columbia Records CL 899) with The Fall-Jones Ensemble: Mildred Falls (piano), Ralph Jones (organ).[10]

1938: Selah Jubilee Singers (Decca 7598)
1939: The Soul Stirrers (Down Beat 103)
1941: Sister Rosetta Tharpe (Decca 8610)
1954: The Blind Boys Of Alabama on Oh Lord, Stand By Me (Speciality)
1954: Little Jimmy Dickens on Old Country Church (Columbia)
1956: Mahalia Jackson on Bless This House (Columbia)
1956: Aretha Franklin on Songs of Faith
1957: Elvis Presley on Elvis' Christmas Album (RCA Victor)
1982: Al Green on Precious Lord (Grammy winner)
2017: Dee Dee Bridgewater on Memphis... Yes, I'm Ready
2019: Kimbra on Offering, 2019 charity album
"Take My Hand, Precious Lord" was inducted into the Christian Music Hall of Fame in 2007.[11] It was also included in the list of Songs of the Century, by the Recording Industry Association of America and the National Endowment for the Arts. In 2012, Mahalia Jackson's recording of "Precious Lord, Take My Hand" was honored with the Grammy Hall of Fame Award. 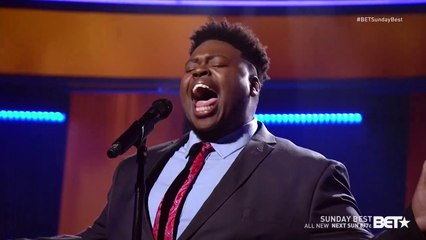