"Never Alone" is a song by American singer Tori Kelly. The track was released as the lead single from her second studio album, Hiding Place, on August 24, 2018. The song was written by Kelly and Kirk Franklin. It was Kelly's first number one song on the US Billboard Hot Gospel Songs chart. The single won a Grammy Award for Best Gospel Performance/Song at the 2019 Grammy Awards
Sunday Best is a reality television Gospel music singing competition series airing on BET.

Each season, the show and its judges set out to find the best undiscovered gospel talent in America. Finalists competed each week until a winner was crowned. The judges throughout the series' run included Gospel singers Yolanda Adams, Kierra Sheard, Donnie McClurkin, Mary Mary, Bebe Winans & Cece Winans.[1] Gospel singer Kim Burrell served as the on-screen mentor,[2] and the program was hosted by Kirk Franklin.

Each season's winner receives a national recording contract, a new automobile, and an undisclosed cash prize benefiting his or her community as well as the title of 'Sunday Best'.

On April 18, 2019, it was announced that the series will return for a ninth season, which premiered on June 30, 2019.[3] Franklin returned as host and former Mary Mary member Erica Campbell also returning as a judge, with Kelly Price and Jonathan McReynolds joining as judges. Sunday Best was renewed by BET for a tenth season which will premiere on July 5, 2020.
Winners
Season 1: Crystal Aikin - Verity Records 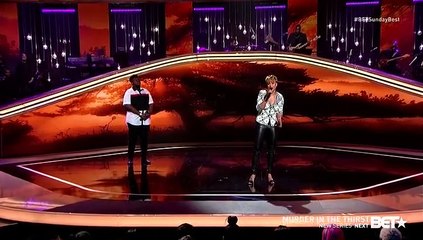 "Never Alone" is a song by American singer Tori Kelly. The track was released as the lead single from her second studio album, Hiding Place,...