Oh Happy Day" is a 1967 gospel music arrangement of an 18th-century hymn by clergyman Philip Doddridge. Recorded by the Edwin Hawkins Singers, it became an international hit in 1969, reaching No. 4 on the US Singles Chart, No. 1 in France, Germany, and the Netherlands and No. 2 on the Canadian Singles Chart, UK Singles Chart, and Irish Singles Chart. It has since become a gospel music standard.Hawkins rearranged the hymn to give it more of a gospel feel, and devised a piano introduction which he said was influenced by the music of Sérgio Mendes. When the choir made the recording in 1967, lead singer Dorothy Morrison added some lyrical improvisations influenced by James Brown, which, she said, "made the song feel even more current"The song has appeared in many movies, beginning with the German film Seventeen and Anxious [de] in 1970, but most notably Whoopi Goldberg's Sister Act 2,[10] with then 14-year-old Ryan Toby singing lead. The song also appears in Big Momma's House,[11] Nutty Professor II: The Klumps,[12] David LaChapelle's 2005 movie Rize,[13] Robin Williams’s 2007 movie License to Wed.,[14] the 2010 biographical film produced by Walt Disney Pictures: Secretariat, and Spike Lee's BlacKkKlansman.Joan Baez performed the song at Woodstock in 1969.[2]
Quincy Jones covered the song on his 1969 album Walking in Space.
Jack Jones covered the song on his 1969 album A Jack Jones Christmas.
Vince Guaraldi recorded a version of the song in 1969 that remained unreleased until 2018 on the 2-CD set, The Complete Warner Bros.–Seven Arts Recordings.
Glen Campbell covered the song on his 1970 album Oh Happy Day. The single reached No. 45 on the U.S. Billboard Hot 100, No. 7 Adult Contemporary,[2] and No. 44 in Canada.[33]
Nana Mouskouri covered the song on her 1990 album Gospel.
Club Nouveau included the song on their 1992 album A New Beginning. The single charted at No. 45 on the US R&B Chart 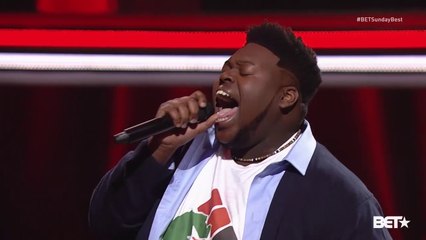 Oh Happy Day" is a 1967 gospel music arrangement of an 18th-century hymn by clergyman Philip Doddridge. Recorded by the Edwin Hawkins Singers, it...