"Back to Life (However Do You Want Me)" is a song by British R&B band Soul II Soul. The song also features the Reggae Philharmonic Orchestra. It appears on a secondary version of their debut album Club Classics Vol. One (titled Keep On Movin' in the United States) and was released as its second single on 29 May 1989. "Back to Life" is one of two songs on the album featuring British R&B singer Caron Wheeler and gained success in both North America and Europe, topping the charts in the Netherlands and the United Kingdom and peaking at number four in the United States.
"Back to Life (However Do You Want Me)" peaked at number-one on both the Billboard Hot Dance Club Play in the United States and the RPM Dance Chart in Canada. It went to number 4 on the Billboard Hot 100,[10] becoming one of Soul II Soul's most successful singles in the United States (and the only one to enter in the Top 10). In the United Kingdom it performed even better, reaching number-one in the UK Singles Chart for four weeks in June and July 1989.[11] In Europe, it peaked at number-one also in the Netherlands, as well as on the Eurochart Hot 100. The single managed to climb into the Top 10 also in Belgium, Germany, Greece (number 2), Ireland, Sweden and Switzerland (number 2). In Oceania, it peaked at number 4 in New Zealand and number 45 in Australia. "Back to Life (However Do You Want Me)" earned a gold record in Canada and Sweden, a silver record in the UK, and a platinum record in the US. It went on to win the group their first Grammy Award for Best R&B Performance by a Duo or Group with Vocal in 1990.

The song was covered live by Lynn Mabry and George Michael at the Rock in Rio 2 music festival in 1991 as well as certain shows during his Cover to Cover tour in 1991. A version of George Michael's "Freedom! '90" (Back to Reality Mix) features an interpolation of the song.
Power pop trio Dodgy included a cover of the song on the CD single for their 1994 song "Staying Out for the Summer".
Wookie (musician) UK Garage remix sampling the lyrics released 2000
DJ Clue? produced a version featuring Mary J. Blige and Jadakiss titled "Back to Life 2001" which was on his second album The Professional 2.
Estelle sampled the song in her 2010 single "Freak".
JoJo covered the song for mixtape LoveJo2 called "Back2Life" (2015).
LeToya Luckett released a song titled "Back 2 Life" sampling the song's lyrics "back to life, back to reality" in 2016, taken from her third studio album Back 2 Life (2017).
The Black Eyed Peas sampled the song in "Back 2 Hip Hop" on their seventh album, Masters of the Sun Vol. 1.
In 2019, Hilary Roberts covered the song which went to number one on the US Dance Club Songs chart.[56]
Little Mix sampled the song in their 2019 single Bounce Back. 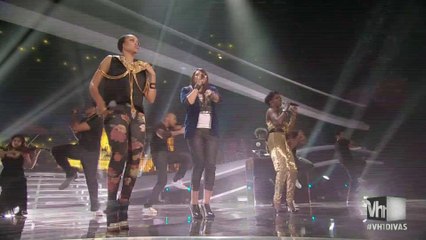 "Back to Life (However Do You Want Me)" is a song by British R&B band Soul II Soul. The song also features the Reggae Philharmonic Orchestra...