"A Kiss to Build a Dream On" is a song composed by Bert Kalmar, Harry Ruby and Oscar Hammerstein II. In 1935, Kalmar and Ruby wrote a song called "Moonlight on the Meadow" for the Marx Brothers film A Night at the Opera (1935) but the song was not used. Hammerstein later adapted the lyrics to be "A Kiss to Build a Dream On" and it was recorded by Louis Armstrong in 1951.
It was also performed by Armstrong as well as by Mickey Rooney with William Demarest, by Sally Forrest, and by Kay Brown (virtually the entire cast performed part or all of the song) in the 1951 film "The Strip," and was a sort of recurring theme in the film. The song was nominated for the Academy Award for Best Original Song in 1951 but lost out to “In the Cool, Cool, Cool of the Evening”.
Another popular recording was made by one of "The Strip" film's guest-stars, Monica Lewis, and in early 1952, the version by Hugo Winterhalter and his Orchestra, with vocalist Johnny Parker, made it to the Pop 20 chart in the United States.
Bing Crosby recorded it for his radio show in 1951 and it was later included in the deluxe, 22-track version of the album Songs I Wish I Had Sung the First Time Around.
Sung by Richard Chamberlain, the song gained considerable exposure due to its being on the 'B' side of his 1962 hit: "Theme from Dr. Kildare (Three Stars Will Shine Tonight)".
k.d. lang's version was included in the album A Wonderful World (2002)
Rod Stewart covered the song in his 2004 album, Stardust: the Great American Songbook 3.
Deana Martin recorded A Kiss to Build a Dream On in 2009. The song was released on her album, Volare, in 2009 by Big Fish Records. 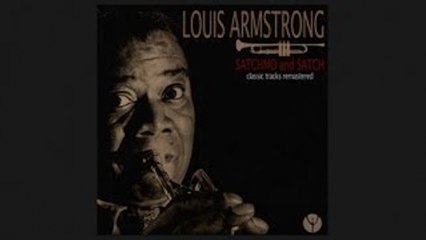 Classic Mood Experience The best masterpieces ever recorded in the music history. Join our Youtube: https://goo.gl/8AOGaN Louis Armstrong - A Kiss To ...