LeiKiè - Let's go to the sea

It's cold and hot, "let's go to the sea, let's go skiing, let's go climbing", the refrain invites us to go to the sea and dance everywhere, even in the mountains.

Leikie' sings it to us and dances it in her pop-coloured animated music video in which she plays the role of a whole family and a bizarre weather presenter. Mom bon ton and dad unforgettable, together with their twins decide to go on holiday adapting to the new climate change.
Cheerful, carefree and sometimes confused, they try to go to the sea with both summer and winter clothes, finding themselves on the glaciers that melt while the dad goes trekking in kayac and dolphins swim in the mountains.

The catchphrase "Let's go to the sea" goes viral with its funny and funny music video made with mixed techniques.
An invitation to enter an imaginative, funny, naive and playful world that conquers you with words, colours and rhythm.

Not to be missed for all those who want to laugh, dance, have fun, go to the beach, go to the mountains and respect nature.

Not recommended for all those who do not want to be invaded by a refrain, in this regard we suggest a serious self-control to chase this catchphrase. Alternatively it is suggested to pack your bags and go to the sea... to ski!

LeiKiè - Let's go to the sea 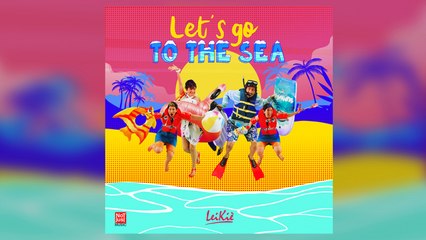