Carole King Klein[2] (born Carol Joan Klein; February 9, 1942) is an American singer-songwriter who has been active since 1958, initially as one of the staff songwriters at the Brill Building and later as a solo artist. She is the most successful female songwriter of the latter half of the 20th century in the US, having written or co-written 118 pop hits on the Billboard Hot 100.[3] King also wrote 61 hits that charted in the UK,[4] making her the most successful female songwriter on the UK singles charts between 1962 and 2005
During the sixties, with King composing the music and Goffin writing the lyrics, the two wrote a string of classic songs for a variety of artists.[35] King and Goffin were also the songwriting team behind Don Kirshner's Dimension Records, which produced songs including "Chains" (later recorded by the Beatles), "The Loco-Motion" , "Keep Your Hands off My Baby" both two for their babysitter Little Eva, and "It Might as Well Rain Until September" which King recorded herself in 1962—her first hit.[36] King recorded a few follow-up singles in the wake of "September", but none of them sold much, and her already sporadic recording career was entirely abandoned (albeit temporarily) by 1966.

Other songs of King's early period (through 1967) include "Half Way To Paradise" [Tony Orlando, recorded by Billy Fury in U.K.], "Take Good Care of My Baby" for Bobby Vee, "Up on the Roof" for the Drifters, "I'm into Something Good" for Earl-Jean (later recorded by Herman's Hermits), "One Fine Day" for the Chiffons, and "Pleasant Valley Sunday" for the Monkees (inspired by their move to suburban West Orange, New Jersey),[37] and "(You Make Me Feel Like) A Natural Woman" for Aretha Franklin.[38] The duo wrote several songs recorded by Dusty Springfield, including "Goin' Back" and "Some of Your Lovin'."
Early 1991 saw King's song "It's Too Late" recorded by Dina Carroll on the Quartz album Perfect Timing. The cover topped the dance charts worldwide and reached No.8 in the UK Singles Chart in 1991. It was hoped that King would appear in the filming of the video for the song but she declined, citing her heavy tour schedule at that time.

In 1991, King co-wrote and co-produced "If It's Over" with singer-songwriter Mariah Carey from her second album "Emotions". King saw Carey perform her first single "Vision of Love" live and began taking an interest in her and her material. She contacted Carey, asking if she would be interested in covering "(You Make Me Feel Like) A Natural Woman", a song she had written alongside Gerry Goffin for Aretha Franklin. Carey declined, feeling uneasy about covering a song one of her musical influences had executed so perfectly. Still determined to work with Carey, King flew out to New York City for one day, in hopes of writing and composing a ballad of some sort. Throughout the day, the two songwriters exchanged musical ideas and melodies on the piano until "If It's Over" came into conception. 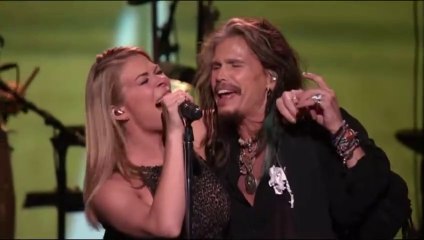 Carole King Klein[2] (born Carol Joan Klein; February 9, 1942) is an American singer-songwriter who has been active since 1958, initially as one of th...