EPISODE 2The Lake Villa Vamps are on the run from the powerful and mysterious “masters” three ancient vampires with strength and power beyond anything they have ever faced before. Having been beaten back, they decide to head to home turf, where they might get an advantage.

Hoping to confuse the masters, Edgardo has flown solo with the case only to be followed himself by one of the ancient villains. He’s flying away from the others, trying to put as much space between him and his friends as he can.

Meanwhile, a mysterious faction of vampires have promised bad things to come for Glen, Erin and the rest of the monsters of sanctuary, a secret hideout for monsters of all kinds. Gramma Gramere, the elder of sanctuary, has told Glen that something bad is coming and he must get in touch with his old friends LVV so they can prepare for an upcoming storm. It’s time for the biggest fight of Lvv’s life as they fight to survive against a force beyond anything they’e ever felt before. WEREWOLVES. VAMPIRES. ANCIENT VILLAINS. AND CHAINSAWS! 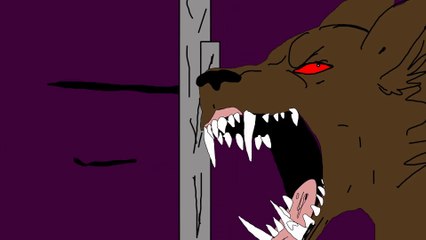 EPISODE 2The Lake Villa Vamps are on the run from the powerful and mysterious “masters” three ancient vampires with strength and power beyond anything...