"Smile" is a song based on an instrumental theme used in the soundtrack for Charlie Chaplin's 1936 film Modern Times. Chaplin credited himself with the music, actually composed by David Raksin and inspired by Puccini's Tosca.[1] John Turner and Geoffrey Parsons added the lyrics and title in 1954.[2] In the lyrics, based on lines and themes from the film, the singer is telling the listener to cheer up and that there is always a bright tomorrow, just as long as they smile.
"Smile" has become a popular standard since its original use in Chaplin's film and has been recorded by numerous artists.[3] The song was also recorded by Jimmy Durante as part of his album Jackie Barnett Presents Hello Young Lovers. His version is part of the soundtrack to the 2019 film Joker, starring Joaquin Phoenix and Robert De Niro.

Judy Garland sang a version of "Smile" on The Ed Sullivan Show in 1963.

The song was included in the soundtrack of Chaplin's 1992 biographical film, as covered by its lead actor Robert Downey Jr.
Nat King Cole recorded the first version with lyrics. It charted in 1954, reaching number 10 on the Billboard charts and number 2 on the UK Singles Chart. This version was also used at the beginning of the 1975 movie Smile.

Sammy Davis Jr. recorded a cover version of the Cole original, as part of his tribute album The Nat King Cole Songbook in 1965.
Singer Michael Jackson often cited "Smile" as his favourite song and recorded it for his 1995 double album HIStory: Past, Present and Future, Book I. It was scheduled to be released as the seventh and final single from the album in 1997. However, it was cancelled at the last minute and only a few copies, mostly promos, went into circulation in the UK, South Africa and the Netherlands, making it one of the rarest and most collectible of all Jackson's releases.[4] Entertainment Weekly called this version of the song a "destined-for-Disney rendition."[5] In 2009 at Jackson's memorial, his brother Jermaine Jackson sang a version of the song in Michael's honor.[6] This song is performed in the MJ One Las Vegas production. 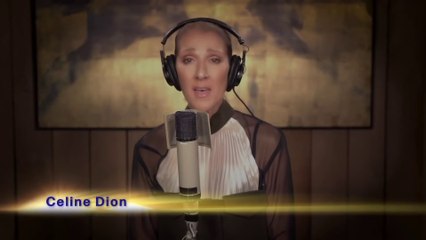 "Smile" is a song based on an instrumental theme used in the soundtrack for Charlie Chaplin's 1936 film Modern Times. Chaplin credited himse...