John Lee Hooker (August 22, 1912 or 1917 – June 21, 2001) was an American blues singer, songwriter, and guitarist. The son of a sharecropper, he rose to prominence performing an electric guitar-style adaptation of Delta blues. Hooker often incorporated other elements, including talking blues and early North Mississippi Hill country blues. He developed his own driving-rhythm boogie style, distinct from the 1930s–1940s piano-derived boogie-woogie. Hooker was ranked 35 in Rolling Stone's 2015 list of 100 greatest guitarists.
Some of his best known songs include "Boogie Chillen'" (1948), "Crawling King Snake" (1949), "Dimples" (1956), "Boom Boom" (1962), and "One Bourbon, One Scotch, One Beer" (1966). Several of his later albums, including The Healer (1989), Mr. Lucky (1991), Chill Out (1995), and Don't Look Back (1997), were album chart successes in the U.S. and UK. The Healer (for the song "I'm In The Mood") and Chill Out (for the album) both earned him Grammy wins as well as Don't Look Back, which went on to earn him a double-Grammy win for Best Traditional Blues Recording and Best Pop Collaboration with Vocals (with Van Morrison). 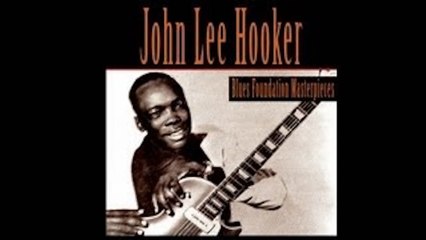