Director:Nitin Bose
Producer:Rajendra Jain
Music:Naushad
Main Cast:Nargis, Ashok Kumar, Dilip Kumar, Nimmi...
Genre:Social
Banner:Filmkar Productions
Release:1951
Shyamu (dilip kumar) and mala (nargis) are childhood friends but as fate would have it mala is rich and shyamu is poor malas father doesn't approve their friendship and removes shyamu from his house shyamu meets with an accedent and becomes blind shyamu grows up with champa (nimmi) and her brother. After 4 years mala is now engaged to kishore (ashok kumar) who is a doctor. Shyamu has now become a street singer. Kishore & mala oneday listens shyamus song and is impressed by his songs. They become friends. Kishore decides to take him to mumbai and operate his eyes so that he could see. The operation is successful shyamu oneday says that his love is mala. Kishore is upset but still promises to introducet him to mala but also strikes a deal that shyamu should only meet kala and should not speak anything about their childhood bit slowly kishore realises that he cant win against shyamus love and decides to sacrifece. But the twist in the tale comes when shyamu learns that kishore is engaged to mala and mala also loves kishore shyamu now feels guilty of being selfish. What will he do now? Will he come in between mala and kishore or will he go back to champa who loves him? The climax of movie is the high point of movie.

Statutory Declaration: Contents of this Film,Scene,Song which was released, as per available sources now are in the public domain since the term of copyright has expired,under the copyright act 1957. 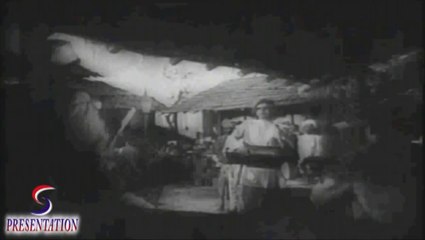