Fantasia Monique Barrino (born June 30, 1984),[1] known professionally by her mononym Fantasia, is an American R&B singer. She rose to fame as the winner of the third season of the reality television series American Idol in 2004. Following her victory, she released her debut single, "I Believe", which debuted at number one on the Billboard Hot 100. Subsequently, she released her debut album, Free Yourself, which went on to be certified Platinum by the RIAA and earned Barrino three Grammy nominations in 2006.
In 2006, Barrino was nominated for three Grammy Awards for her debut album. Though she did not win any awards, she performed at the 48th annual telecast with several artists including Aerosmith, Joss Stone, John Legend, Maroon 5, and Ciara in an all-star tribute to Sly and the Family Stone during the Grammy Award show.
arrino had many musical collaborations during the fall of 2006 including a remake of The Clark Sisters' "Endow Me" which featured Faith Evans, Lil' Mo, and Coko of SWV, a remake of Stevie Wonder's 1976 song "I Wish" with Patti LaBelle and Yolanda Adams for the soundtrack to the 2006 computer-animated film Happy Feet, and most notably her duet with Aretha Franklin which was recorded at that time and later released in 2007.In 2011, Aretha Franklin expressed interest in having Barrino play her in a planned biographical movie.[36]

On October 7, RCA Music Group announced it was disbanding J Records along with Arista Records and Jive Records. With the shutdown, Barrino (and all other artists previously signed to these three labels) will release her future material on the RCA Records brand.[37][38]

Barrino was featured on a cover version of Cyndi Lauper's "True Colors" with Kelly Price and Faith Evans from Evans' compilation album R&B Divas, which was released on October 2, 2012. 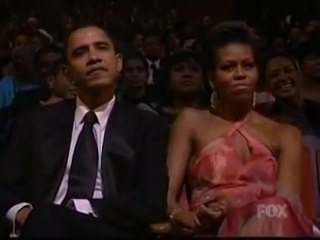 Fantasia Monique Barrino (born June 30, 1984),[1] known professionally by her mononym Fantasia, is an American R&B singer. She rose to fame as the win...