En Vogue is an American R&B/pop vocal group whose original lineup consisted of singers Terry Ellis, Dawn Robinson, Cindy Herron, and Maxine Jones.[1] Formed in Oakland, California in 1989, En Vogue reached number two on the US Hot 100 with the single "Hold On", taken from their 1990 debut album Born to Sing. The group's 1992 follow-up album Funky Divas reached the top 10 in both the US and UK, and included their second US number two hit "My Lovin' (You're Never Gonna Get It)" as well as the US top 10 hits "Giving Him Something He Can Feel" and "Free Your Mind".
A breakaway from previous projects, it marked En Vogue's first project to include a diverse roster of collaborators including credits from Babyface, David Foster, Diane Warren, Andrea Martin, and Ivan Matias along with regular contributors Foster and McElroy. On June 24, 2008, the original lineup of En Vogue appeared on the BET Awards, where they performed a medley with Alicia Keys, SWV and TLC as a tribute to girl groups of the 1990sEn Vogue along with singers Beyoncé, John Legend, and Ne-Yo, performed at the Essence Music Festival, held at the Louisiana Superdome in New Orleans 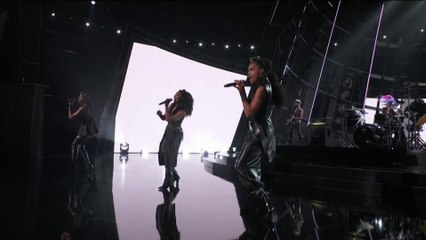