Subscribe to our channel: https://reurl.cc/qgXqE
Gopalakrishnan Padmanabhan Pillai (born 27 October 1968), better known by his stage name Dileep, is an Indian actor, film producer and businessman, who predominantly works in the Malayalam film industry.[1] He has acted in more than 150 films and has won several awards, including four Kerala State Film Awards and a Filmfare Awards South.

Beginning as an impressionist in stage shows, Dileep attained recognition after being cast on the television comedy series Comicola on Asianet and its successor Cinemala. Dileep with Nadirshah produced and performed in the audio cassette series De Maveli Kombathu, a successful sketch comedy, which later turned into a television series on Asianet. He began his film career as an assistant director and worked under director Kamal in nine films, beginning with Vishnulokam in 1991, and made his acting debut with a minor role in Kamal's Ennodu Ishtam Koodamo (1992). He acted in a principal role in the 1994 film Manathe Kottaram taking the screen name Dileep. He established himself as a successful actor during late 1990s, mostly playing comedic roles.

The box office success of the 2002 film Meesha Madhavan significantly raised his stardom in Malayalam cinema, the film also won him the Filmfare Award for Best Actor – Malayalam. In the same year, he won the Kerala State Film Award - Special Jury Award for Kunjikoonan, and in 2005, a Special Mention for his gender-disputed role in Chanthupottu. In 2003, Dileep founded the film production company Graand Production, its debut film was C.I.D. Moosa. His 2004 production Kathavasheshan won the Kerala State Film Award for Second Best Film. In 2008, he produced Twenty:20 to raise funds for the Association of Malayalam Movie Artists (AMMA). The film starred almost all actors in the guild and became the highest-grossing Malayalam film up until then. 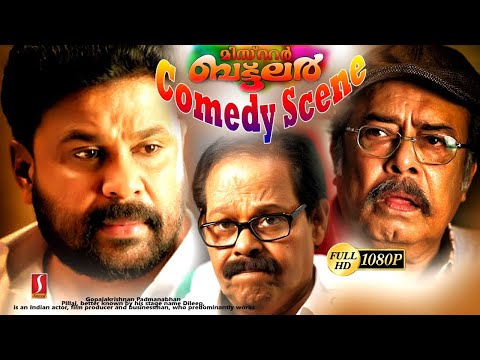