In 2002 he won the Kerala State Film Special Jury Award for playing the role of Kunjan in the film Kunjikoonan. In Lal Jose's Meesa Madhavan (2002), Dileep played the role of the thief Madhavan, that same year he also debuted in Tamil cinema with Raajjiyam.[citation needed] His next appearances were in the films Kalyanaraman (2003), Jayaraj's Thilakkam (2003), and Johny Antony's C.I.D. Moosa (2003) He also produced and starred in T. V. Chandran's Kadhavaseshan (2004). In 2004, he starred in Priyadarshan's Vettam. Chanthupottu (2005) saw his reunion with Lal Jose. He won a Special Mention at the Kerala State Film Awards for his performance in the movie.[10][citation needed] He ventured into action with Joshy's Runway (2004). Kochi Rajavu (2005), was his next release. His next releases were Chess (2006) and Don (2006). Also in 2006, he lent his voice to the character played by Shahid Kapoor in Priyadarshan's Hindi film Chup Chup Ke.[11] The story of the 2006 movie Pachakuthira was written by Dileep.[12] His second film with the director Sathyan Anthikad, Vinodayathra, was released in April 2007. The same year, he played the athlete Arjun in Speed Track, the debut of director Jayasurya. He then appeared in Blessy's Calcutta News (2008).

Dileep produced Joshiy-directed Twenty:20 (2008) to raise funds for the Association of Malayalam Movie Artists (AMMA). The film starred became the highest-grossing Malayalam film (₹ 31.4 crore) until that time.[13] In 2009, his films included Crazy Gopalan and Moz & Cat directed by director Fazil. Dileep's performance in the 2009 movie Passenger was well received.[citation needed] He ended the decade with Swantham Lekhakan which saw him team up with Indian actress Gopika.
2010–present

In the beginning of the 2010s, Dileep starred in Bodyguard directed by Siddique. The film had multiple remakes including Kaavalan starring Vijay, and Bodyguard, starring Salman Khan. Aagathan and Paappi Appacha were his next films. His production venture Malarvaadi Arts Club was directed by Vineeth Sreenivasan which was also the debut vehicle of Nivin Pauly. The Hindi children's movie Toofan was released in 2010, directed by Major Ravi.[14] In 2010, he also starred in his 100th movie[citation needed], Kaaryasthan. In 2011, he appeared in Christian Brothers, China Town, Orma Mathram, The Filmstaar and Vellaripravinte Changathi, for which he won a Kerala State Film Award for Best Actor.[15]

His first release in 2012 was Spanish Masala directed by Lal Jose. His next movie in 2012 was Mayamohini. His first release in 2013 was Proprietors: Kammath & Kammath. He played the lead role in Vysakh's Sound Thoma and later starred in Sringaravelan. In 2014 was he appeared in Rafi's Ring Master. He also appeared in Avatharam and Villali Veeran. In 2015 he starred in Ivan Maryadaraman, a remake of Maryada Ramanna. He also did a guest appearance in Shivrajkumar 'sVajrakaya. He played the title character in Jeethu Joseph's Life of Josutty. "Two Countries" released on Christmas Day 2015, directed by Shafi, became the highest-grossing film in his career.[citation needed] In 2016, his first film was "King Liar". Later he starred in Welcome to Central Jail, and Pinneyum, with veteran director Adoor Gopalakrishnan. His 2017 film, Ramaleela, became one of the highest-grossing Malayalam films of all time.[citation needed] His first movie release of 2018 was Kammarasambhavam, in which he played negative role for first time and it co-starred South Indian actor Siddharth. 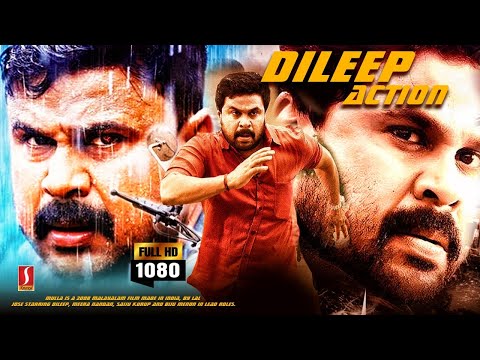