Dean Martin (born Dino Paul Crocetti; June 7, 1917 – December 25, 1995) was an American actor, singer and comedian. One of the most popular and enduring American entertainers of the mid-20th century, Martin was nicknamed "The King of Cool" for his seemingly effortless charisma and self-assurance.
Martin gained his career breakthrough together with fellow comedian Jerry Lewis, billed as Martin & Lewis, in 1946. They performed in nightclubs and later had numerous appearances on radio, television and in films. Following an acrimonious ending of the partnership in 1956, Martin pursued a solo career as a performer and actor.
Martin established himself as a notable singer, recording numerous contemporary songs as well as standards from the Great American Songbook. He became one of the most popular acts in Las Vegas and was known for his friendship with fellow artists Frank Sinatra and Sammy Davis Jr., who together formed the Rat Pack.
Starting in 1964, Martin was the host of the television variety program The Dean Martin Show, which centred on Martin's singing talents and was characterized by his relaxed, easy-going demeanour. From 1974 to 1984 he was roastmaster on the popular Dean Martin Celebrity Roast, which drew notable celebrities, comedians and politicians.
Throughout his career, Martin performed in concert stages, nightclubs, audio recordings and appeared in 85 film and television productions. His relaxed, warbling, crooning voice earned him dozens of hit singles, including his signature songs "Memories Are Made of This", "That's Amore", "Everybody Loves Somebody", "You're Nobody till Somebody Loves You", "Sway", "Ain't That a Kick in the Head?" and "Volare". 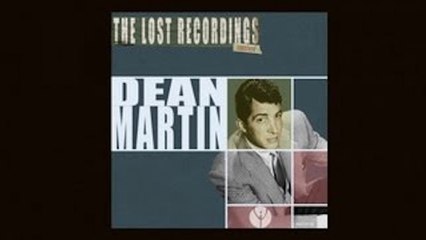