Blind Willie Johnson (January 25, 1897 – September 18, 1945) was an American gospel blues singer, guitarist and evangelist. His landmark recordings completed between 1927 and 1930—thirty songs in total—display a combination of powerful "chest voice" singing, slide guitar skills, and originality that has influenced later generations of musicians. Even though Johnson's records sold well, as a street performer and preacher, he had little wealth in his lifetime. His life was poorly documented, but over time, music historians such as Samuel Charters have uncovered more about Johnson and his five recording sessions.
A revival of interest in Johnson's music began in the 1960s, following his inclusion on Harry Smith's Anthology of American Folk Music, and by the efforts of the blues guitarist Reverend Gary Davis. Johnson's work has become more accessible through compilation albums such as American Epic: The Best of Blind Willie Johnson and the Charters compilations. As a result, Johnson is credited as one of the most influential practitioners of the blues, and his slide guitar playing, particularly on his hymn "Dark Was the Night, Cold Was the Ground", is highly acclaimed. Other recordings by Johnson include "Jesus Make Up My Dying Bed", "It's Nobody's Fault but Mine", and "John the Revelator". 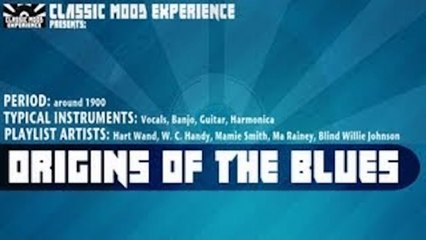