The movie opens with a court scene where the convict Raj(Raj Kapoor) is being charged for alleged attempt of murder of Judge Raghunath(Prithviraj Kapoor). Raj's case is represented by Rita(Nargis) who dramatically enters the court to take up his case. The story follows her account of Raj's life. Judge Raghunath had earlier thrown out his pregnant wife Leela(Leela Chitnis) on suspicion of the child being that of the dacoit Jagga . Jagga wants the judge to doubt his wife in order to settle some old scores. The distressed wife gives birth to Raj amidst object poverty, but dreams of seeing her son a successful judge some day. Raj's childhood sweetheart is Rita but soon they separate as she leaves town. Raj has to leave his studies midway and is compelled to take up illegal activities under the patronge of Jaggu. He turns out to be a petty thief, but wants to reform. Circumstances however makes things difficult for him. Finally, Judge Raghunath comes to know who Raj is; and though Raj is convicted for 3 years; he promises Rita to come out and lead a honest life. The movie a powerful social comment on the despair of 50's youth, is regarded as an epic landmark in the history of Hindi Cinema, and a testimony of the famous Raj Kapoor -Nargis chemistry on screen; mesmerising stuff!

SUBSCRIBE for the best Bollywood videos, movies and scenes, all in ONE channel
Your One Stop Destination For All The Latest Videos Subscribe Now!
http://www.youtube.com/subscription_center?add_user=seplfilmidhamaka 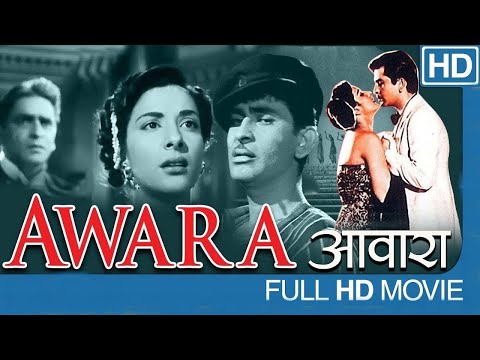