It's a sad news Sushant Singh Rajput No More

Rajput made his film debut in the buddy drama Kai Po Che! (2013), for which he received a nomination for the Filmfare Award for Best Male Debut. He then starred in the romantic comedy Shuddh Desi Romance (2013) and as the titular detective in the action thriller Detective Byomkesh Bakshy! (2015). His highest-grossing releases came with a supporting role in the satire PK (2014), followed by the titular role in the sports biopic M.S. Dhoni: The Untold Story (2016). For his performance in the latter, he received his first nomination for the Filmfare Award for Best Actor. Rajput went on to star in the commercially successful films Kedarnath (2018) and Chhichhore (2019).

NITI Aayog, the policy think-tank of the Indian government, signed him to promote the Women Entrepreneurship Platform (WEP). Apart from acting and running Innsaei Ventures, Rajput was actively involved in various programmes like Sushant4Education, as a part of efforts to help young students. In June 2020, at age 34, Rajput died by suicide at his home in Bandra, Mumbai. 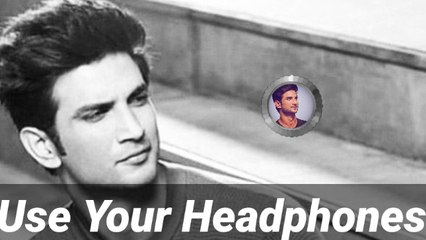