Subramani Karuppaiya (born 25 May), known by his stage name #Goundamani​​​​​​​, is an Indian film actor and comedian. He is better known for his comic duo partnership in Tamil films with fellow actor #Senthil​​​​​​​. His real name "Mani" got the "Counter" prefix for his ability to give counter on the spot and off the script (as a warning to his co artiste to be prepared) on stage and during shooting which eventually evolved into Goundamani as per Bhagyaraj who was writing scripts and title credits for Bharathiraja in his early days during the movie 16 Vayathinile.

He ran away from his village at the age 13 due to his father's scolding.[10] and first he worked in a oil mart, then a private wine shop as bar attender and then landed up in drama where he started developing his skills. His first film was Ithikkara Pakki (1980).[11] He slowly entered the Tamil film industry in small characters and finally landed a good role in the film Malayoor Mambattiyan. He has acted in many popular films with several of the leading actors and comedians in the south Indian cine industry. He usually appears in films with Goundamani in a slapstick double act. Together they have formed a comic pair in many Tamil films and was known as the Laurel and hardy of Tamil Cinema.[12] Recently, Senthil has started acting in Tamil tele-serials 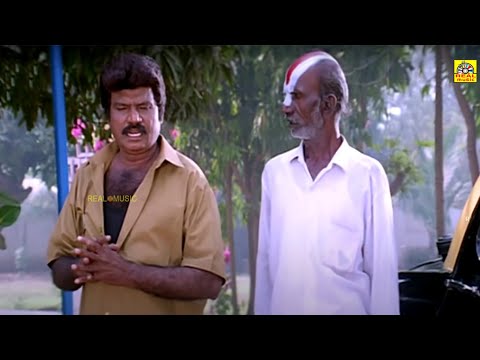